All but one Skylanders game has a special group specifically for the game. Here they are all explained.

These are the first Skylanders and are the ones that defeated the Arkeyan robots. Info on Arkeyans: they were robots that slaved the Mabu. The main source of power is the Iron Fist of Arkus and whoever wears the fist will have 100% control over the Arkeyans. The Giants destroyed all the Arkeyans and were banished to earth. They have a lot of Hp, defense and attack.

The Swap Force are Skylanders who, well…swap. The swapping can increase some stats and lower others. The figures are actually larger than most Giants. They got the swaping abilities from a magical volcano. 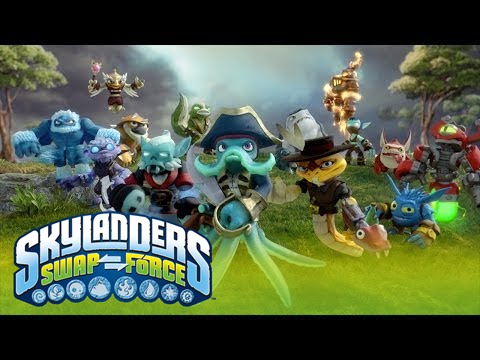 These are Skylanders who have Traptainium weapons that are indestructible. They are also the police of Skylands and are the ones who put the Doom Raiders, a notorious crew of villains, in Cloud Cracker prison. The trap team members have a lot of Hp and attack, but not too much defense. The figures are the size of a giants figure.