Halo is a great video game series, and one of the most memorable elements has to be the wide variety of enemies to shoot. Here’s five that we deemed notable enough to write a list for.

They are relative newcomers to the covenant and look like gorilla people. Their role in the covenant is primarily militaristic, and they had a strained rivalry with the Sangheili, brought on by favoritism shown by the Prophets. 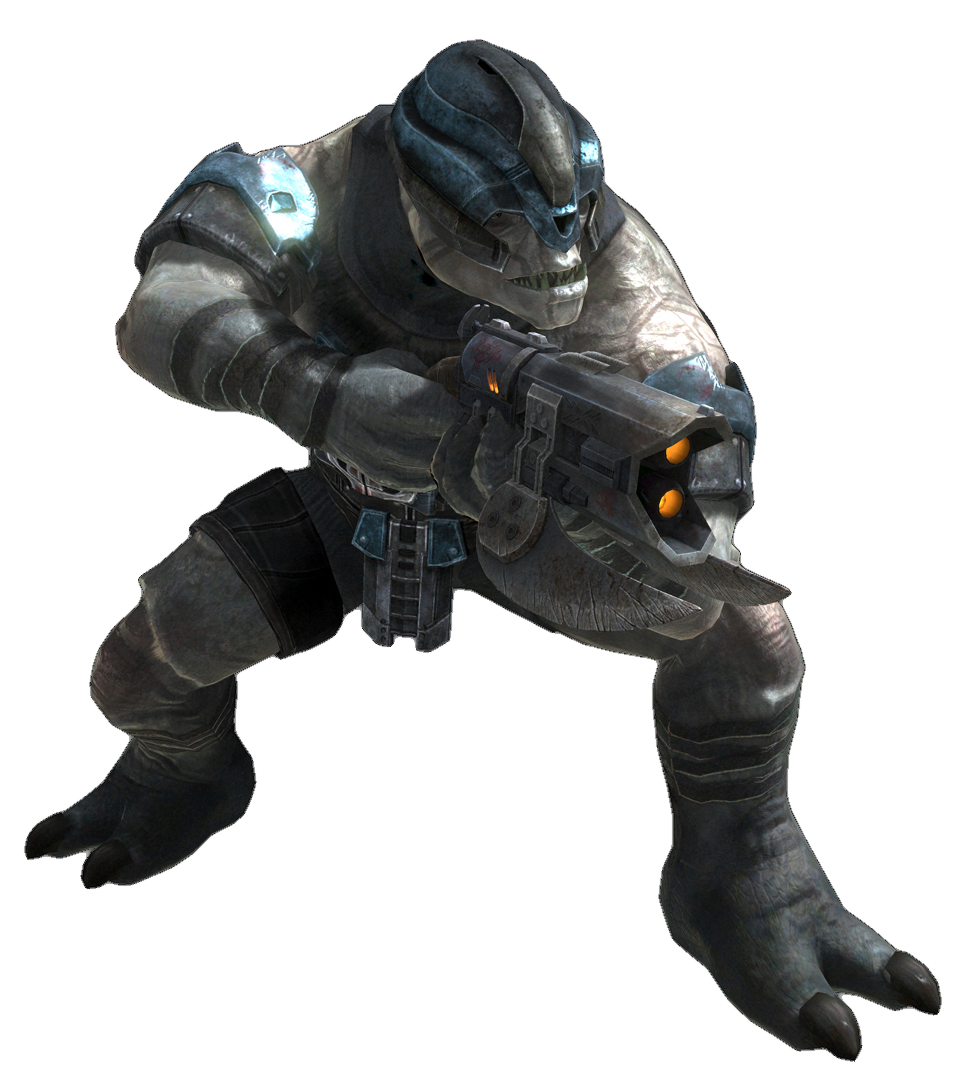 The lowest species in the ranks of the Covenant, these small alien slaves primarily exist as manual laborers and cannon fodder. When not being pushed around and abused by other members of the Covenant, they can be found doing such interesting things as fleeing from battle, displaying cowardice, and failing in all things combat.

They are the most unhinged of the Forerunner Knights, entirely built for the purpose of battle and excelling at it. They tend to have more physical defenses than knights in the form hard-light shield shards extending from their armor, and they employ a wide variety of weapons with general expertise.

Of all the forms the parasitic Flood species can take, this brute is certainly one of the most dangerous. They are a type of pure form that rely on their own flood cells and discard the need for hosts. Impressive, but their real threat comes from their combat capabilities. These muscular and aggressive evolutions of the stalker form are as brutal as you’d expect in melee, but also have a limited sort of breath weapon that can spray flood spores.

Easily the most iconic of the Halo antagonists, these co-founders of the Covenant are known to fill a wide variety of roles, especially military, where they employ battle tactics and advanced weaponry to their advantage (though, their fierce code of honor often gets in the way of survivability.) From POV-character Arbiter Thel ‘Vadam to random plasma sword wielding mooks, they’ve most definitely made their mark on the franchise.